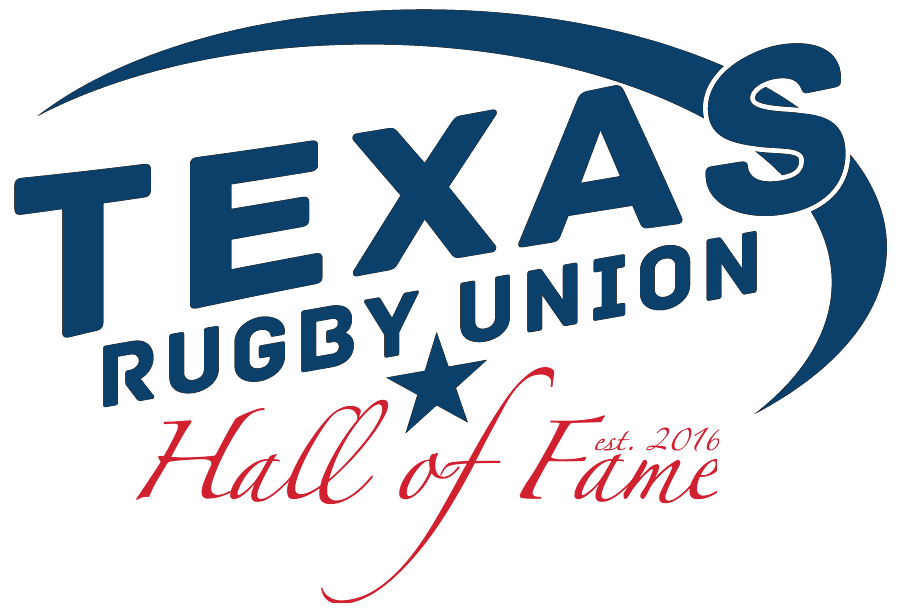 Nominations for the Texas Rugby Hall of Fame Class of 2022 are now being accepted through May 29.  Please fill out the nomination form and return as directed.  Return the form only to the designated e-mail address.  Do not send nominations to an individual.

Successful candidates will substantially meet some or all of the following criteria.

Note: Candidates for whom achievement can be shown in multiple criteria will have the best chance of election. Candidates who check only one or two boxes should have outstanding credentials in those particular areas.

This is a TEXAS Hall of Fame and it is important to understand that while many worthy candidates have been incomparable leaders — even legends with a single club — successful candidates will be those who have a record of achievement at the state and higher levels. Clubs are encouraged to form their own Hall of Fame — as many have – to make sure all those deserving of recognition are honored. Please note that multiple nominations (several people nominating the same candidate) will not be accepted. In the event dual nominations are received, we will either put the nominators in touch with each other so they can submit a single nomination, or the most complete submission will be sent to voters. Submitting multiple nominations will not enhance chances for election.

When drafting the nomination, it will be helpful if you address several questions so that voters will have a complete picture of the candidate. These include:

Have you included the name of clubs played for and years of service and offices held in the club(s)?

Have you listed offices held at the state and other levels, or special recognition given to your nominee by a state organization and other levels of rugby? This would include other awards and honors in addition to positions of leadership.

If you are nominating primarily based on playing credentials, have you included select sides he/she was selected to, or highlighted other playing honors at the state, regional or national level? Similarly, if you are nominating a coach, referee, trainer, supporter, etc., have you included particularly noteworthy contributions to Texas rugby or the sport overall at higher levels?

In general, have you demonstrated that your candidate has made a significant contribution to Texas rugby, not just a particular club, or that he/she has achieved prominence on a broader stage while representing Texas?

The narrative section or the nomination form is your chance to fully explain to the voters why your candidate should be elected and should be more than just a few sentences.

We urge everyone considering a nomination to review these two example nominations.

We are here to help. If you have any questions about the selection process or submitting a nomination, contact Paul Mabry. If you need guidance on what to include in your narrative, either he can help or arrange for a HOF representative to reach out to you with assistance.

Thanks for your participation.